Ssshhh!: No Fun At The Seated Discotheque 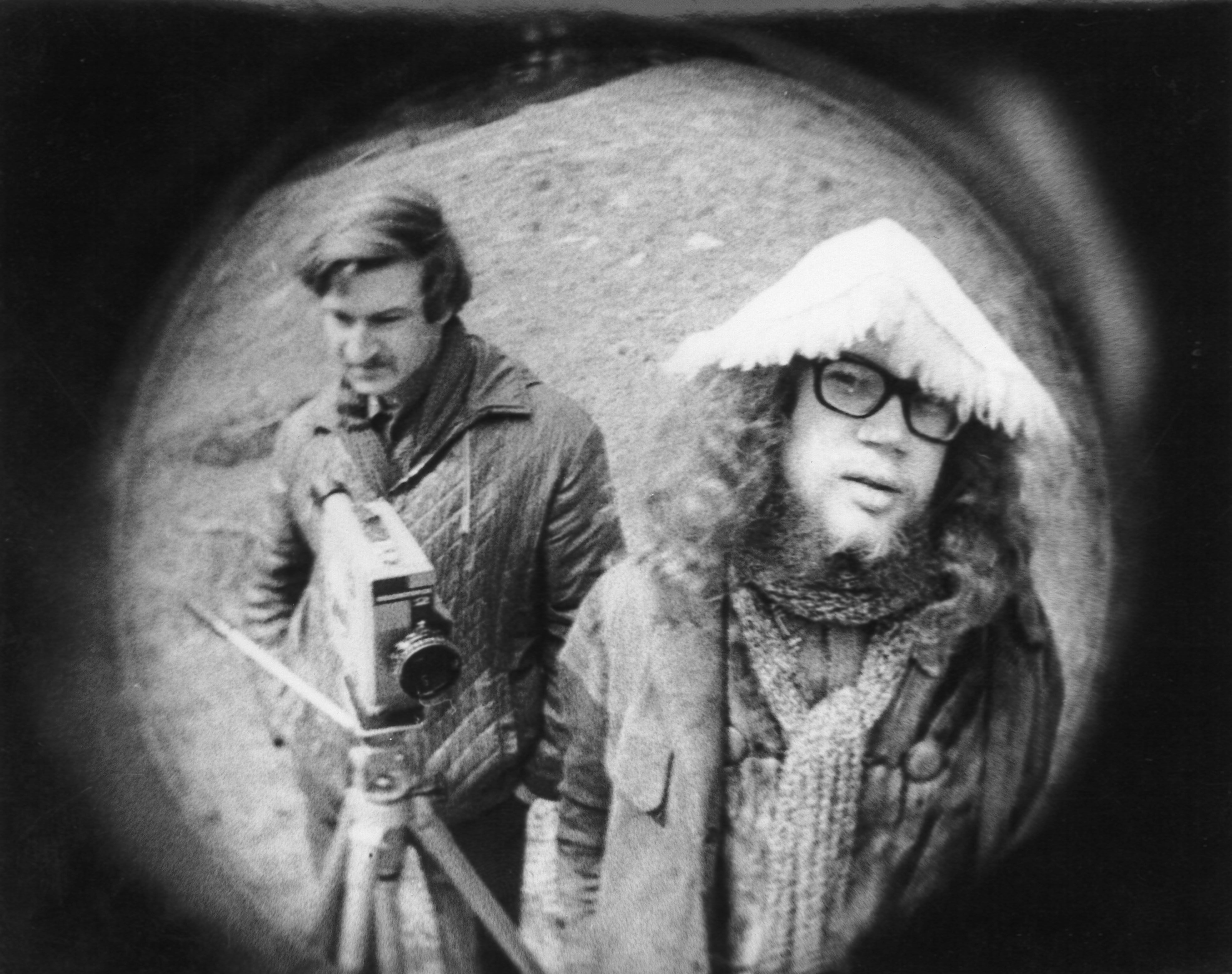 Prior to forming Ir Visa Tai Kas Yra Grazu (And Everything That Is Beautiful, is beautiful) the Lithuanian avant-rock group in 1987 with artist Arturas Slipavicius, the late countercultural 'trickster' Arturas Barysas a notable bibliophile, actor, connoisseur of experimental music wielded his Krasnogorsk-3 16mm camera throughout the pre-Glasnost period of the former Soviet Union of the 1970’s, an era in which 'longhairs' and others in open opposition to the LCP (Lithuanian Communist Party) officially designated 'amoral delinquents' risked amongst other things ending-up face down in industrial slurry in the back alleys or worse -  for being in the possession of the 'wrong' music.

Until his death from alcoholism in 2005 Barysas continued to be a "thorn in the side" of buttoned-up normals, defining renegade energy and defiance against the inertia of Lithuania's cultural institutes, albeit within a rapidly diminishing local scene.

These previously difficult to attain multiple-copied 'burnt' onto DVDs B/W short films passed as contraband between fans within the Baltics and worldwide Lithuanian diaspora throughout the 1980's until inevitably, following Lithuania's Independence in 1992 a generation itching to enter the shiny world of Colours Benetton rejected the serrated irony and perceived dismal reminders of the scarcity of their parents lives, consequently the films partly vanished re-emerging occasionally at Underground Film festivals in the corners of 'Filmnation' ie Tokyo, Oslo and London.

Due to a happenstance convergence of interests between Curator / rogue enthusiast David Ellis, Quinton Scott of Strut Records, cross-disciplinary artist Lijana Jakovlevna Siuchina & Dovydas Bluvšteinas Head of Zona Records a joint project evolved in which the previously lost and neglected recordings of IVTKYGYG were assembled. In 2019 Sichina joined Ellis and Scott to ferret through Barysas boxed-up past of wedding, film shoot photos, post-punk paraphernalia and canned films, films that were meticulously cleansed of 'disease' then scanned by the public broadcaster LRT (Lithuanian Radio Television) to a pristine B/W condition to which newly re-scored soundtracks were added. After the combined premier screening of the newly digitized films and release of the Soundtrack LP/CD at MO Museum, Vilnius in April 2022 Ellis decided to program further screenings throughout Europe including London's reputable Arts Lab IKLEKTIK.

Asked by Ellis "Why be bothered, what was the point?" Dovydas Bluvstein of Zona Records answered "it's our responsibility to document our time, for the future, its artifacts. To leave comprehensive reports". Ellis agreed.

Gintas Kraptavicius is a Lithuanian sound artist / composer former core member of ‘Modus'(1994-98) the first industrial electronic group in Lithuania who continues as a solo performer and occasional initiator of fluxus-like ‘aktions’. He has previously collaborated with both cross-disciplinary artist Richard Crow and David Ellis

Réka Adorjáni is a musician who is interested in mindfulness, healthy body-posture, Alexander Technique, chamber music, self-expression, play – among many other things. he has performed in Germany, England, the Czech Republic, Hungary, Romania both as a soloist and as a chamber musician.

At the moment Réka is a freelancer musician living in Cluj-Napoca.

David Ellis is a London-based curator, writer, performer. His work in Eastern Central Europe spans over 30yrs since his first visit to Vilnius,as  Director of ‘Puzzle Club’ in 1993. His work as “cultural Attaché WITHOUT portfolio, of nowhere in particular” has included the facilitating of Improvisation workshops with Young  Offenders in both Romania and Lithuania plus various projects with the late film diarist /poet Jonas Mekas.

With support by Lithuanian Embassy, Bucharest